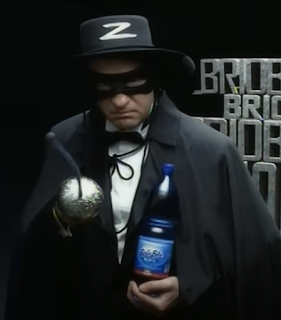 Copyright. With Decision published on December 30, 2022 the Italian Supreme Court addressed the issue of parody of a fantasy character (“Zorro”), under both copyright law and trademark law. 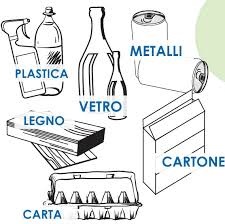 Packaging. After several postponements, the new regulation for labeling of packaging materials (article 219 of the Code for Environment Protection, as amended with the implementation of the Directive 2018/851 on waste and the Directive 2018/852 on packaging and packaging waste) will enter into force in Italy on January 1, 2023.

Covid 19. With Law Decree n. 228 of December 31, 2021 the Italian Government introduced the extension of validity in the course of 2022 of a series of measures adopted to meet the Covid 19 emergency, among which in particular those relating to the meeting, entirely electronically, of assemblies (and board of directors) of companies and entities and those relating to Court processes (electronic deposit of acts and electronic participation to Court hearing). 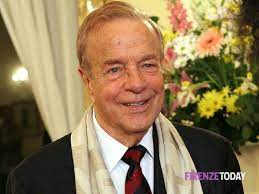 Copyright. With decision of June 18, 2021 the Italian Supreme Court affirmed the principle that the regie of an opera, when characterized by the necessary requirement of creativity, should be protected as a work of art and not only as a neighboring right.

Copyright. The Italian Government has adopted on August 5, 2021 the scheme of Legislative Decree of implementation of the Directive 790/2019 on the digital single market and of the contextual Directive 789/2019 on crossborder online transmissions. The examination continues at the Senate; here are the Report of explanation, the Dossier of September 7, 2021 and the presentation summary of September 22, 2021.

Copyright. With decision of November 18, 2020 the European Court of Justice affirmed the principle that phonograms, once incorporated into an audiovisual recording, cease to be considered as such and therefore no compensation is due to the relevant right-owners in case of their communication to the public by third broadcasting parties. 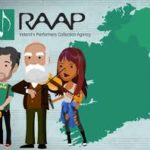 Copyright. With decision of September 8, 2020 the European Court of Justice affirmed the principle that (i) it is not for the Member States to define concepts that do not contain an express reference to their internal laws (in the specific case, the notion of “performers”) and that, consequently, (ii) it is not compatible with the European laws the exclusion from such notion of (artists) citizen of States outside the European Economic Area (EEA). 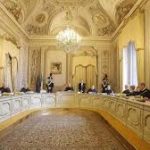 Copyright – With decision n. 149 of  July 13, 2020, the Italian Constitutional Court rejected the exceptions raised by the Administrative Court of Lazio in relation to the use of urgency decrees adopted for the recent measures of liberalization of the collective management of copyright, when needed by the need to remedy a Community infringement procedure.

Mortgage loans. Approval of a law (n. 157/2019), enabling the debtors/consumers to ask for the suspension of executive procedure of estate (residence house) expropriation for the renegotiation of the relevant debt.

Copyright. With decision of December 19, 2019 the European Court of Justice affirmed the principle the the electronic download of a book, even if used, falls within the definition of communication to the public (and is therefore subject to the authorization of the right-owner).

Trademarks. On June 19, 2019 the General Court of the European Union declared the invalidity of the Adidas trademark (the “three parallel equidistant strips of indentical witdth, applied on the product in any direction”), substantially, for lack of distringuishing character.

Mediation. Interesting decision of the Court of Florence that restates the principle that in order to comply with the condition of procedibility the attempt of mediation must “effectively” tale place.

Class Action – New dispositions published (Law n. 31 of April 12, 2019) in the subject matter of Class Action. Among the main changes, the disappearance of any reference to the notion of consumers and users and the introduction of the legal standing of all the bearers of “homogeneous individual rights”, the extension of the scope of application to non-contractual liability, for example concerning the violation of the right to health and the right to the environment, which now accompanies the contractual liability, and the possibility of joning a class action already promoted, even after the decision that has established the liability of the defendant. The reform will enter into force on April 19, 2020.

Mediation – With decision n. 97 of April 18, 2019 the Italian Constitutional Court rejected the exceptions raised by the Court of Verona against the procedure of compulsory mediation (amongst others, for being the sole mediation, and not also the assisted negotiation, compulsory not only before the litigation on the merits – for the subject matters reserved to them – but also in the course of opposition to an injunction).

Copyright. The European Parliament approves the new copyright rules for the internet with the Directive 790/2019 on the digital single market and the contextual Directive 789/2019 on crossborder online transmissions. 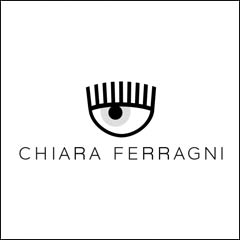 Bankruptcy. Published the Legislative Decree n. 14 of January 12, 2019 “Code of the crisis of the enterprise and insolvency“, constituting organic reform of the discipline of bankruptcy and other insolvency proceedings and which will enter into force in its entirety on August 15, 2020. 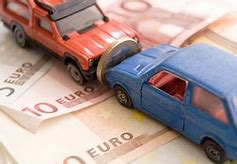 Traffic accidents. The Decree of the Ministry of the Economic Development of January 9, 2019, contains the periodical update of the table of amounts due as compensation for damages of minor entity deriving from the circulation of motor vehicles.

Copyright. With order of November 23, 2018, the Court of Rome referred to the Court of Justice of the European Union the question of compatibility with the Directive 2014/26/EU of the provision of Italian that reserves to the sole collective management organisations, and not to the independent management entities, the activity of intermediation of copyright fees. 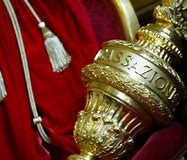 Composition with creditors. With an important decision published on November 19, 2018 the Supreme Court, intervening for the first time on a question that raised diverging opinions, recognised the admissibility of the composition with creditors not only when the business is administered by the debtor but also when it has been leased out to third parties or it is destined to be so.

Copyright. With decision of November 13, 2018, the Court of Justice of the European Union stated that the taste of a food product is not a work of art and therefore cannot be protected by copyright because it cannot be pinned down with precision and objectivity, as the taste of a food product is identified essentially on the basis of taste sensations and experiences, which are subjective and variable, and, in the current state of scientific development, it is not possible to achieve a precise and objective identification by technical means. 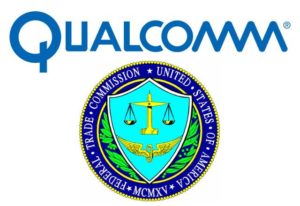 Patents. With partial summary judgment of November 6, 2018, given in the proceeding started by the Federal Trade Commission against Qualcomm Inc., the Court of the Northern District of California, San Jose Division, USA, offers an interesting analysis of the principles that impose to holders of SEP (i.e. Standard Essential Patents) to license them to their competitors on fair, reasonable and nondiscriminatory terms.

Copyright. With Decision of September 25, 2018, published on October 26, 2018, AGCM (the Italian competition authority) held SIAE (the Italian Collecting Society) liable for abuse of dominant position for its conduct following the controversial entry into the Italian market of its competitor Soundreef, with consequent imposition of a sanction, even if symbolic, of EUR 1.000,00. 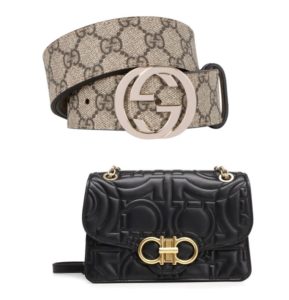 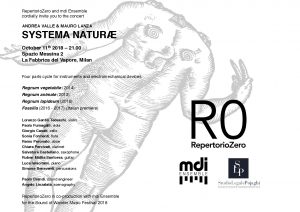 Milan, Fabbrica del Vapore. The social engagement of Studio Legale Pojaghi for the developement of musical culture continues with the participation to the Italian première on October 11, 2018 of Systema Naturae of Mauro Lanza and Andrea Valle with RepertorioZero and MDI Ensemble. 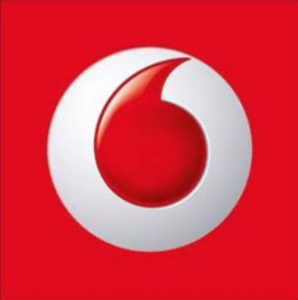 Copyright. The US Copyright Office rejected (again) the request of registration of the work “Vodafone Speechmark” (beside) for lack of originality.

Responsibility of the ISP. Court of Milan clarifies that the order to the Internet Service Provider to inhibit access to pirate sites can also extend to “alias” sites (from time to time indicated by the right-owner).

Court of Milan: interesting decision on the relationship between the moral right of the author/architect and the “necessary” modifications in the course of building the work.

Right to be forgotten. With decision of March 20, 2018, the Italian Supreme Court recognized the prevalence of the right to be forgotten over the freedom of press, where the diffusion of the news does not contribute to a debate of real and current public interest.

Court of Justice: on the invalidity of the “mafia” trademark. With decision of March 15, 2018, the Court of Justice of the European Union declared the invalidity of the trademark “La Mafia se sienta a la mesa”, as conveying a globally positive image of that organisation and, therefore, trivialising the serious harm done by that organisation to the fundamental values of the European Union.

Databases. A decision of the Spanish Supreme Court confirming the criteria for protection and damage assessment (the final market price of the software) for the unauthorized use of a databse in a computer program.

Mediation. A pragmatic decision of the Court of Milan, that on 22 January, 2018 held the regularity of a mediation procedure introduced by a condominium, even in absence of the (otherwise compulsory) resolution of authorization by the condominium’s assembly.

Medical malpractice. With decision of 22 February, 2018 the Supreme Court defines the terms of medical responsibilty for fault. 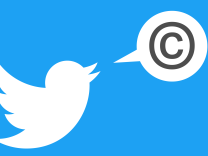 Embedding violates copyright. An interesting decision of a New York Federal Court that on February 15, 2018 established that embedding a twitted photograph constitutes a violation of the exclusive exploitation rights of the photographer. 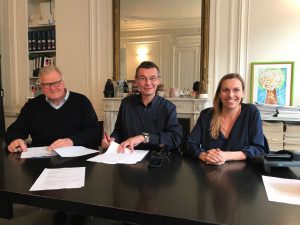 As of January 2018 Studio Legale Pojaghi strenghtens its international vocation and its network of connections abroad inaugurating the collaboration, in regime of organic correspondence, with the Law Firm Zschunke Avocats of Paris and Berlin, which in its turn also has offices in Turin and enriches itself with Studio Legale Pojaghi to increment its offer of professional legal assistance in Italy.